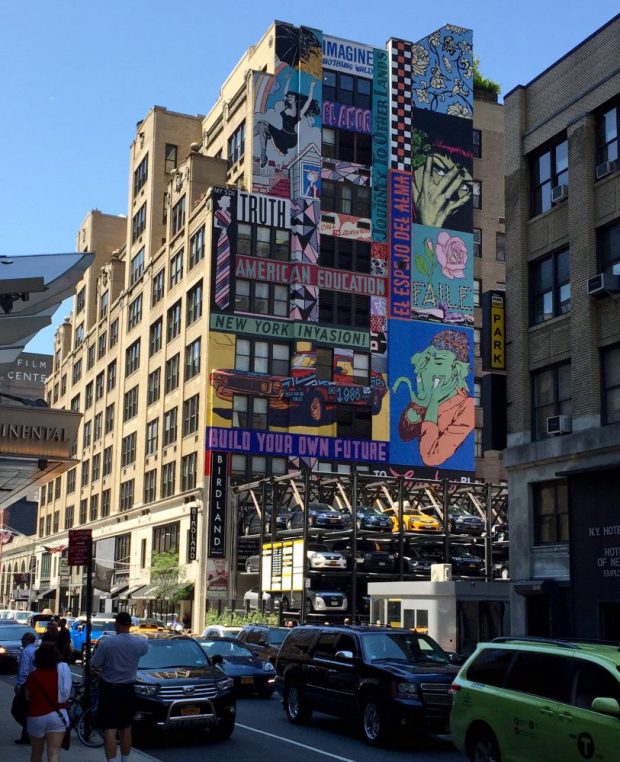 My family and I just returned from a five-day vacation in New York City.  While my husband and I had both been there on separate occasions, it was the boys first time. Since our last year’s family vacation was to the beautiful, relaxing Dominican Republic, we wanted to change it up this year with more sightseeing and activities. 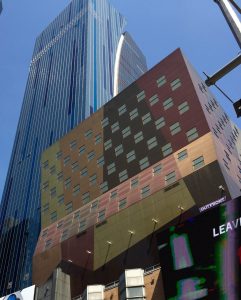 We stayed on the 15th floor of the Westin Hotel in the heart of Times Square, Manhattan.  When we arrived our room wasn’t quite ready, so we checked in, stashed our bags, freshened up and ventured out for lunch. 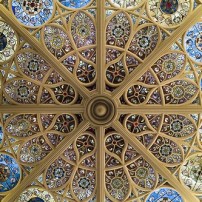 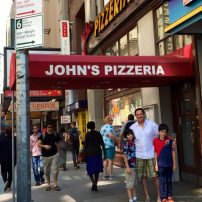 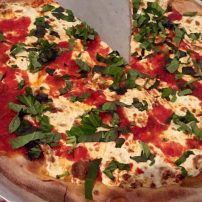 Right around the corner we found John’s Pizzeria.  It looked like any other place from the outside but once inside we discovered it was a huge, two-story renovated church with a beautiful octagonal stained-glass ceiling.

The highly aclaimed thin-crust New York pizza was delicious! In fact, the pizzeria has been voted one of New York City’s best!

Once we got inside our room, I opted to rest while the boys took the subway to SoHo for a little watch shopping. Weeks earlier, the boys had selected G-Shock watches as their New York souvenirs and had been feverishly researching the details on line. We decided it was best to get their watches on the first day rather than listen to them whine all week! 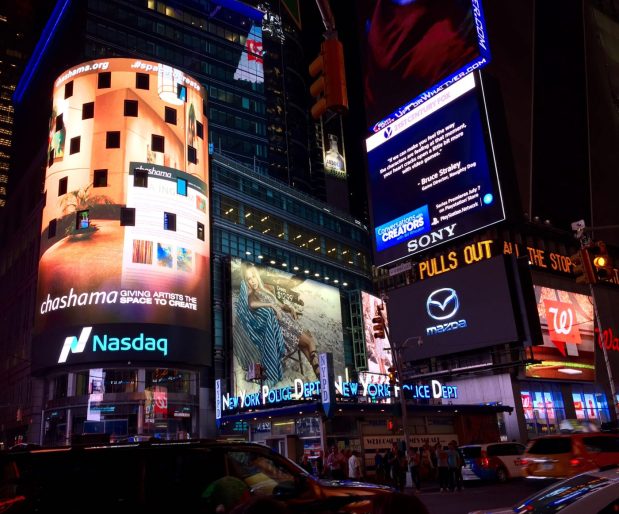 In the evening, we headed out to explore Times Square and eat dinner. It was crowded, but being a Thursday, it wasn’t unbearable and the weather was also cooperating.

The massive high-tech LED billboards were amazing to see in person. According to a recent 2015 article from Investopedia, 360,000 people pass through Times Square every day, not including those in cars.

The Times Square Alliance estimates that between 40 and 50 million tourists visit the square each year. If you add in views from movies and television, Times Square receives more than 150 million “impressions” every year! So what exactly does it cost to advertise here? Between $1.1 million and $4 million per year! That’s over four times the cost per impression of Google Ads, but about one fourth the cost of a Super Bowl Ad. Like the old adage goes, “It’s all relative!” 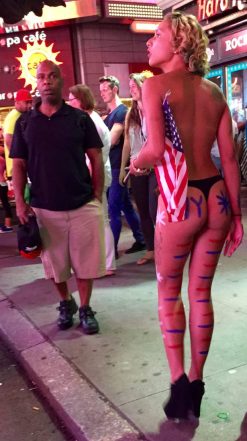 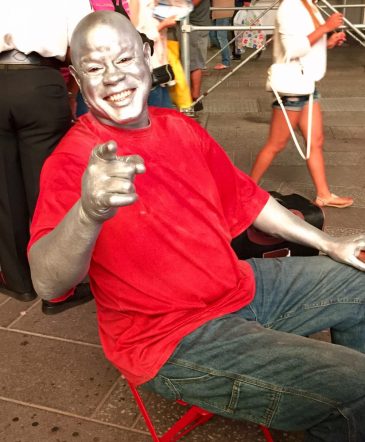 We saw a few other interesting “sights” while walking around. (I think the man’s face in the photo to the left says it all!) But hey, it is New York after all, you never know what you’re going to see! I would have much rather seen the Naked Cowboy but I was out of luck.

We settled on Hard Rock Cafe for dinner, got back to our hotel around midnight, and quickly fell asleep. Tomorrow would be another adventure in the Big Apple…